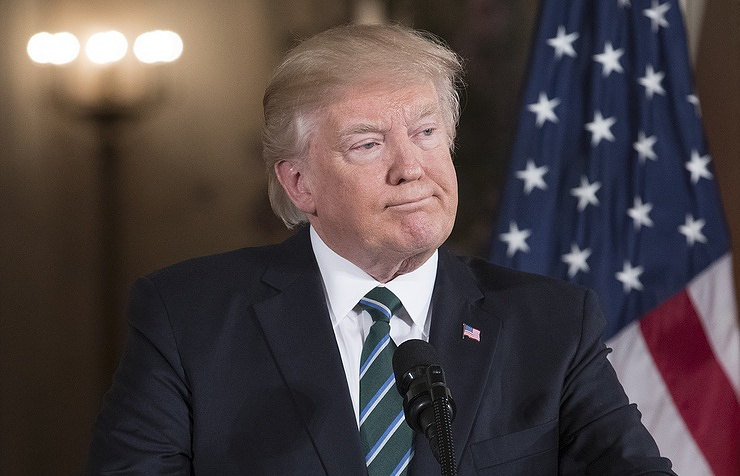 A new GenForward poll released Friday has revealed that most adult Americans under 30 consider Donald Trump’s presidency as illegitimate.

The survey, conducted February 16 through March 6 by the Black Youth Project at the University of Chicago with the Associated Press-NORC Center for Public Affairs Research, showed that most of 1,833 respondents aged 18-30 just can't deal with the fact that the real estate mogul and reality television star has become America's 45th president.
As many as 57 percent of this age group see Trump's presidency as illegitimate for a wide range of reasons. Some believe that the whole election process was unfair; others bring up his nationalist rhetoric and policies.

One respondent recalled Trump's campaign speeches in which he vowed he would make Mexico pay for the wall on the border with the US and referred to some Mexican immigrants as criminals and rapists.

"You can't be saying that [if] you're the president," said 21-year-old Florida student Jermaine Anderson.

"I'm thinking, he's saying that most of the people in the world who are raping and killing people are the immigrants. That's not true."

Trump showed to be slightly more popular among young white respondents, with 53 percent of them saying he was a legitimate president. However, even among that group, 55 percent are not satisfied with how he is performing as the new head of state.
Overall, just 22 percent of young adults approve of Trump, while 62 percent disapprove. One of the poll participants who voted for Trump said he won mostly because his rival Hillary Clinton was even worse choice.

Trump meanwhile attributes his success to winning such states as Michigan and Wisconsin — places Clinton may have taken for granted.
According to another poll by Gallup, based on around 1,500 phone interviews with American adults, the president's approval rating has dropped to a record low 37 percent. Never has any US leader dipped to this point by March of their first term.

Trump has surpassed former President Barack Obama, whom Trump once mocked for having a "record low" Gallup approval rating of 39 percent in August 2011.

Trump entered office on 20 January with an approval rating of around 45 percent.