Hungary opens military base at border 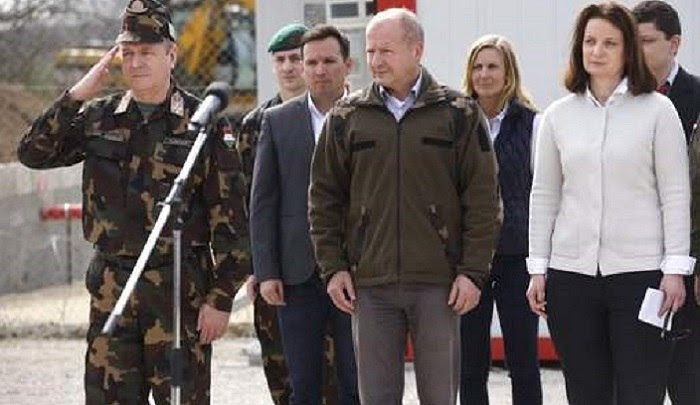 Hungarian Prime Minister Viktor Orban has been strikingly vocal about how Europe has failed to manage the migrant crisis, noting how the Muslim migrants have brought Europe only crime, chaos, jihad attacks and threats, and staggering multi-billion dollar costs to taxpayers.

Axar.az reports, Orban has recommended: helping Christians before Muslim migrants and sinking empty migrant ships to “save the Mediterranean.” He has referred to asylum seekers as “a poison.” Orban has also stated that “those arriving have been raised in another religion and represent a radically different culture,” and has called Europe’s response to the migrant chaos “madness.” Now Orban is taking action. According to his Defense Minister Istvan Simicsko:

The defense of the border … so hundreds of thousands won’t march across the country, deserves total respect….Our most important common interest is the protection of the Hungarian citizens, our family members and civilians.”

Hungary opened a small military base Monday along its southern border for soldiers designated to stop migrants from entering the country.

The complex is one of four bases built since the start of the year. It is constructed from 90 containers and is meant to serve 150 troops stationed along the southern border.

The soldiers work with designated “border hunters” to prevent migrants from getting across the fence erected along the border to Serbia. The base will significantly cut down the commute for soldiers on patrol.

“The defense of the border … so hundreds of thousands won’t march across the country, deserves total respect,” Hungarian Defense Minister Istvan Simicsko said at the opening of the base, according to The Associated Press. “Our most important common interest is the protection of the Hungarian citizens, our family members and civilians.”

Hungary recently announced the construction of a second border fence. The national parliament also approved legislation to indefinitely detain asylum seekers in containers along the border.