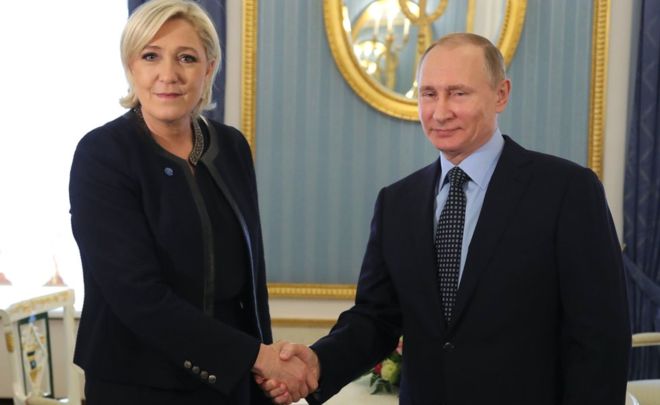 Axar.az reports that Mr Putin defended the meeting - a coup for Ms Le Pen - saying that he was not seeking to influence France's election.

Ms Le Pen has garnered widespread support at home but her extreme views have deterred most foreign leaders. Russia was accused of meddling in the US election in support of Donald Trump.

"Of course I know that the election campaign in France is actively developing," said Mr Putin.
"We do not want to influence events in any way, but we reserve the right to talk to representatives of all the country's political forces," he added.

Ms Le Pen, the leader of France's National Front (FN) party, called during her visit to Moscow for the lifting of EU sanctions against Russia, arguing that they were "counterproductive".