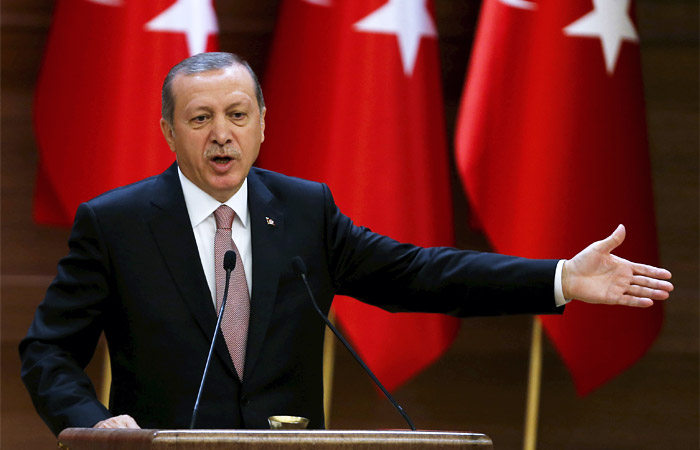 Turkish President Recep Tayyip Erdogan has warned Kurds in Iraq that a recent decision to hoist their flag in the disputed Iraqi city of Kirkuk could threaten Turkey-Kurdistan relations.

Axar.az reports that “I certainly find it wrong to fly a second flag in Kirkuk other than the national (Iraqi) flag,” Erdogan said Tuesday, adding, “I am calling on the Iraqi Kurdish regional administration, go back from this mistake as soon as possible.”

The provincial council in Kirkuk voted last month to fly Kurdistan's regional flag alongside the Iraqi flag at a government institution in the city. The move, which came in the absence of Arab and Turkmen members of the council, met huge criticism both inside and outside Iraq. The Iraqi parliament swiftly ratified a bill banning the hoisting of any flag other than Iraq’s national flag. Ankara, which has its own problems with Turkey’s Kurdish population, also condemned the move.