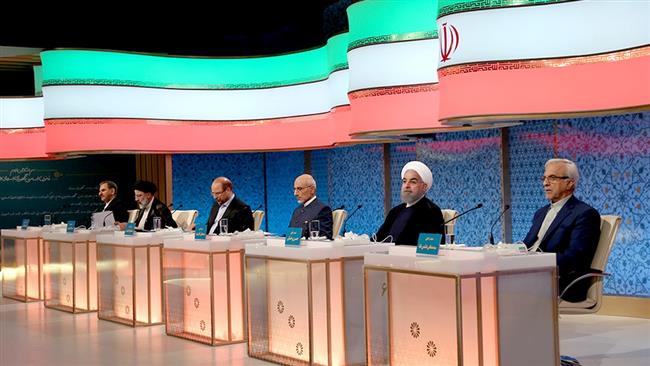 The second live televised debate with the presence of the six candidates contesting the 12th Iranian presidential election has started.

Axar.az reports citing to PressTV the six candidates face off in the debate on Friday to further elaborate on their plans and agendas as they campaign for the May vote.

The hopefuls are scheduled to outline their agendas on domestic and foreign policy as well as cultural issues.

Iranians will go to the polls on May 19 to elect the country’s next president.

In an interview upon arrival at the headquarters of the Islamic Republic of Iran Broadcasting (IRIB), the incumbent Iranian president, Hassan Rouhani, who is running for a second term, said debates in principle aim to acquaint the nation with the thoughts and agendas of the candidates.