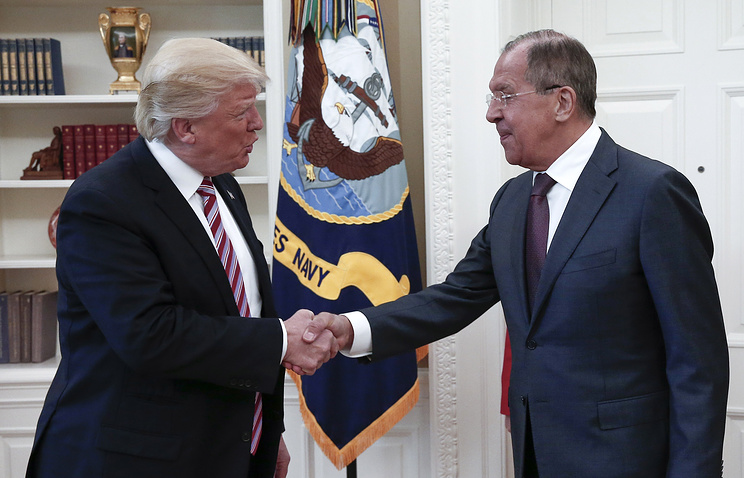 Before meeting with Donald Trump, Sergey Lavrov held talks with the US top diplomat Rex Tillerson.

Axar.az reports citing to TASS Lavrov's talks with the US president lasted for about 40 minutes behind closed doors.

Moscow and Washington can and should solve global issues together, Lavrov said following his meetings with US Secretary of State Rex Tillerson and US President Donald Trump.
"I had a bilateral meeting with Rex Tillerson, then the two of us were received by President Trump," the Russian top diplomat said. "We discussed, first and foremost, our cooperation on the international stage.

"At present, our dialogue is not as politicized as it used to be during Obama’s presidency. The Trump administration, including the president himself and the secretary of state, are people of action who are willing to negotiate," the Russian top diplomat pointed out.
Lavrov said agreement reached with Tillerson to continue using diplomatic channel to discuss Russian-US relations.

According to Lavrov, the current state of bilateral relations is no cause for joy. "The reason why our relations deteriorated to this state is no secret," the Russian top diplomat added. "Unfortunately, the previous (US) administration did everything possible to undermine the basis of our relations so now we have to start from a very low level."