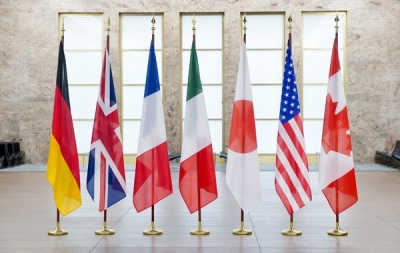 Finance chiefs from the Group of Seven rich countries will commit on Saturday to join forces to fight the growing threat of international cyber attacks, according to a draft statement of a meeting they are holding in Italy.

"We recognize that cyber incidents represent a growing threat for our economies and that appropriate economy-wide policy responses are needed," the draft statement, seen by Reuters, said.

It called for common shared practices to spot quickly any vulnerabilities in the world's financial system and stressed the importance of effective measures to assess cyber security among individual financial firms and at sector level.

The draft will be reviewed before publication later on Saturday by the G7 finance ministers and central bankers who are discussing issues facing the world economy at a two-day meeting in Bari, Italy.

Italian finance minister Pier Carlo Padoan told reporters that the discussions, which had been scheduled before Friday's attacks, were "unfortunately very timely."