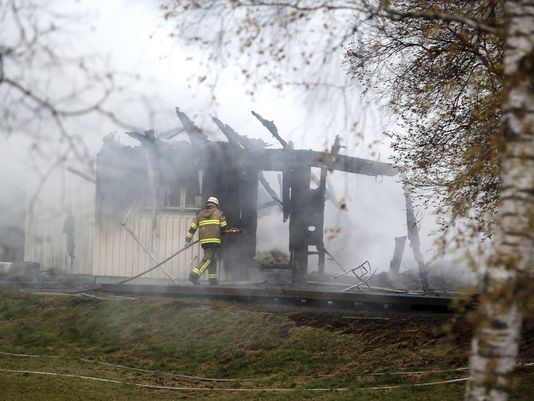 No injuries have been reported and no arrests have been made. But police said in separate statements Wednesday that more than 300 asylum seekers have been evacuated after overnight fires in Vaxjo, Borrby and Malilla.

One of the fires destroyed a cafe and dance hall in a wooden building in Vaxjo adjacent to a hotel being used to house refugees. Swedish Radio said firefighters were able to stop the blaze from spreading to the nearby Hotel Butapalats but some 200 asylum seekers were protectively relocated to a nursing home.

The affected buildings in Borrby and Malilla were used as temporary homes for refugees while their cases are being processed.

The causes of the three fires have not been established.

Sweden, which had a record 163,000 asylum applications in 2015, saw an increase in anti-migrant attitudes last year with a number of arson fires targeting refugee centers.