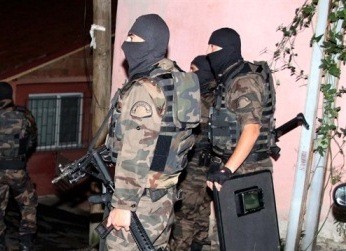 Reportedly, the militants of the Kurdistan Workers’ Party (PKK) terrorist group planned to target the servicemen. One of the terrorists was eliminated, another one was detained by the police.

Earlier, Turkey’s President Recep Tayyip Erdogan said that over 5,359 PKK members have been eliminated as a result of the operations against this terrorist group since July of 2015.

He added that 355 Turkish servicemen were killed during these operations, which will continue until the complete destruction of the PKK.

The conflict between Turkey and the PKK, which demands the creation of an independent Kurdish state, has continued for over 25 years and has claimed more than 40,000 lives.

The UN and the European Union listed the PKK as a terrorist organization.