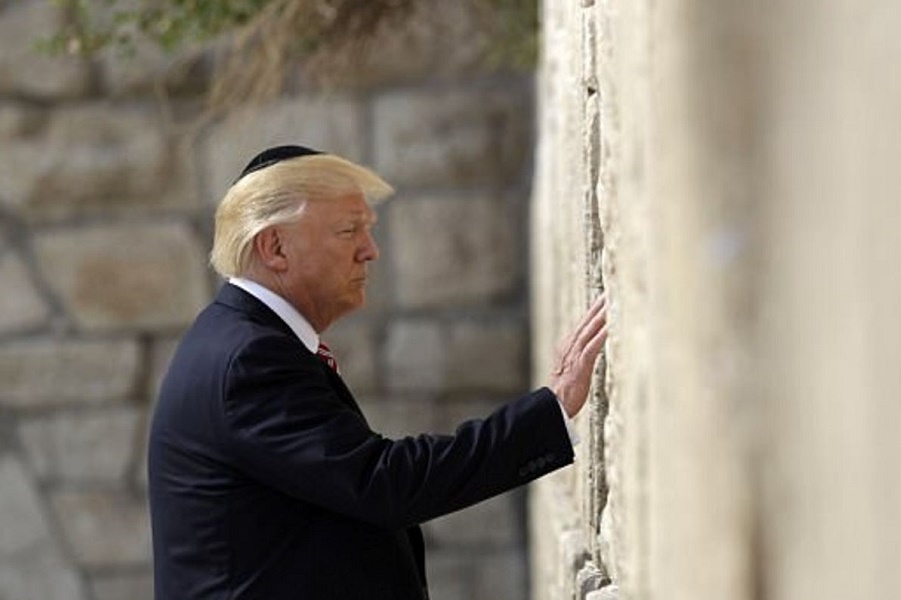 President Donald Trump has left a guest book entry at the Israeli memorial for the Holocaust that some have observed looks a lot like what you might expect a teenager to write in a yearbook at the end of a school year.

In typical Trump fashion, the message he left at Yad Vashem was full of enthusiastic adjectives, and was, at least compared to his predecessor’s message, pretty short. It clocked in at less than 140 characters — so it could have easily been written on a Twitter app at 3 a.m. It also did not mention the Holocaust.

“It is a great honor to be here with all of my friends,” he wrote. “So amazing + will never forget!”

Some commentators on social media called the note “outrageous,” while others said it was “sad.”

“The note Trump left at Israel’s holocaust memorial is what you write in someone’s yearbook that you don’t know very well,” a US-based journalist wrote.

Other Twitter users contrasted Mr Trump’s note to that of former President Barack Obama’s, who visited the memorial during his first presidential campaign 2008. Mr Obama’s message was much longer and spoke to the importance of remembering the history of the Holocaust, and to the resilience of the human spirit.

“I am grateful to Yad Vashem and all of those responsible for this remarkable institution,” Mr Obama wrote. “At a time of great peril and promise, war and strife, we are blessed to have such a powerful reminder of man’s potential for great evil, but also our capacity to rise up from tragedy and remake our world. Let our children come here, and know this history, so that they can add their voices to proclaim ‘never again.’ And may we remember those who perished, not only as victims, but also as individuals who helped and loved and dreamed like us, and who have become symbols of the human spirit.”

That the two presidents took a different approach to writing in a museum guest book shouldn’t be surprising. Mr Obama was widely regarded as a bookish and even monkish president who would dive into the intricacies of policy. Mr Trump reportedly takes a different approach to his job, preferring shorter briefings on issues with bullet points condensed into as few pages as possible.

The chairman of the Yad Vashem memorial, Avner Shalev, said that Mr Trump’s brief guestbook note wasn’t offensive, and that the President had given “very meaningful” remarks before writing the note.

“He touched all the essential elements that should be touched” like remembering victims of the Holocaust and standing up to evil, Mr Shalev told ABC News.