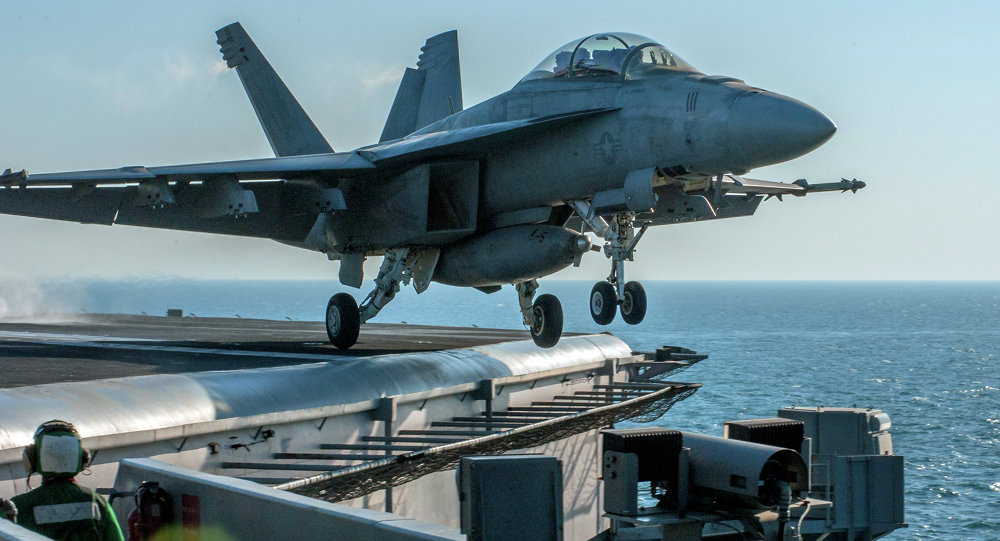 Two Chinese fighter jets intercepted a U.S. Navy surveillance plane over the South China Sea on Wednesday, with one coming within 200 yards (180 meters) of the American aircraft, U.S. officials told.

The officials, speaking on condition of anonymity, said initial reports showed that the U.S. P-3 Orion surveillance plane was 150 miles (240 km) southeast of Hong Kong in international airspace when the Chinese aircraft carried out the unsafe intercept. One Chinese aircraft flew in front of the American plane, restricting its ability to maneuver.

The Pentagon confirmed that two Chinese jets had carried out the intercept, saying it was "unsafe and unprofessional."

"We continue to review the facts of this incident and will convey our concerns through appropriate channels with the Chinese government," Pentagon spokesman Navy Commander Gary Ross said in a statement.

China's defense ministry said on Sunday that the U.S. account of the interception was inaccurate.

The Chinese jets operated in a professional and safe manner, the ministry said on its official account on China's Twitter-like Weibo.

The ministry also reiterated that the U.S. military should take steps to avoid similar risky activities, and that China's military is resolved to protect China's sovereignty and security.

A U.S. Navy warship sailed within 12 nautical miles (22 km) of an artificial island built up by China in the South China Sea, U.S. officials said on Wednesday, the first such challenge to Beijing in the strategic waterway since U.S. President Donald Trump took office.