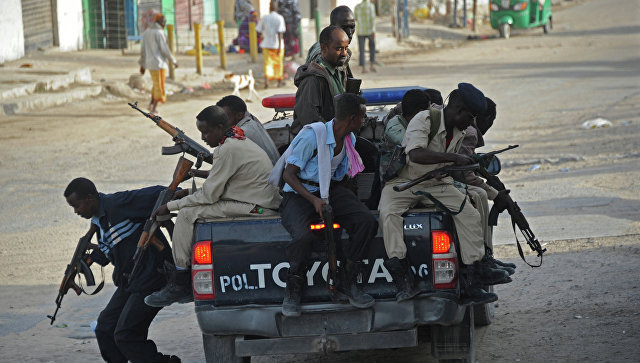 Somalia's militant Islamist group al-Shabab says it has carried out a major assault on a military base in the semi-autonomous region of Puntland.

Its fighters killed 61 government troops and seized 16 vehicles in the dawn raid, the group said.

A Puntland government minister has denied the high death toll, but did not give separate casualty figures.

The al-Qaeda-linked group has carried out several big attacks on military bases in Somalia.

In January, it said it had killed 50 Kenyan soldiers in an assault on their base in Kolbiyow town in the south of the country.

In the the latest attack, the militants withdrew after more than three hours of fighting with government forces, residents told the BBC.

The attack took place on the base near the remote Galgala Mountains, about 70km (43 miles) from the port city of Bosaso.

Confirming the attack, Puntland Security Minister Abdiaziz Hirsi said that an investigation was under way and details would be given later.

The Galgala Mountains are a stronghold of al-Shabab, but a faction of militants broke away in 2015 to affiliate themselves with the Islamic State group.