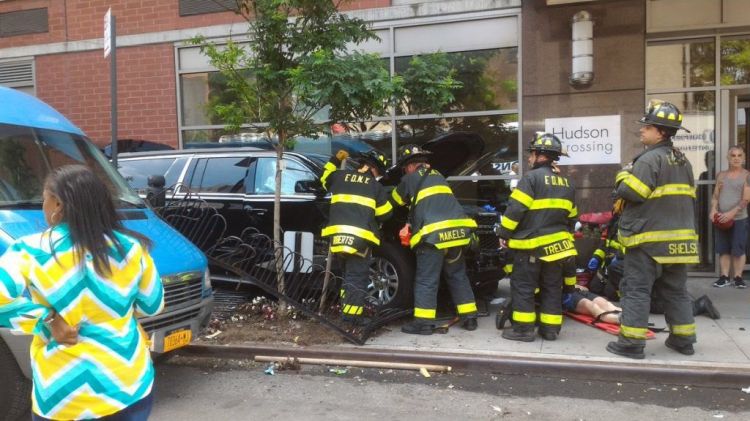 9 people are hospitalized after a Chevy Suburban jumped the curb in Midtown Manhattan Thursday, hitting at least one pedestrian.

One person was seriously injured. The rest suffered minor injuries and are in stable condition.

Most of the injured were in the vehicle.

Witnesses at the scene say the driver was trying to avoid a minivan but accidentally hit the gas pedal instead of the brake, struck the minivan and then jumped the curb.