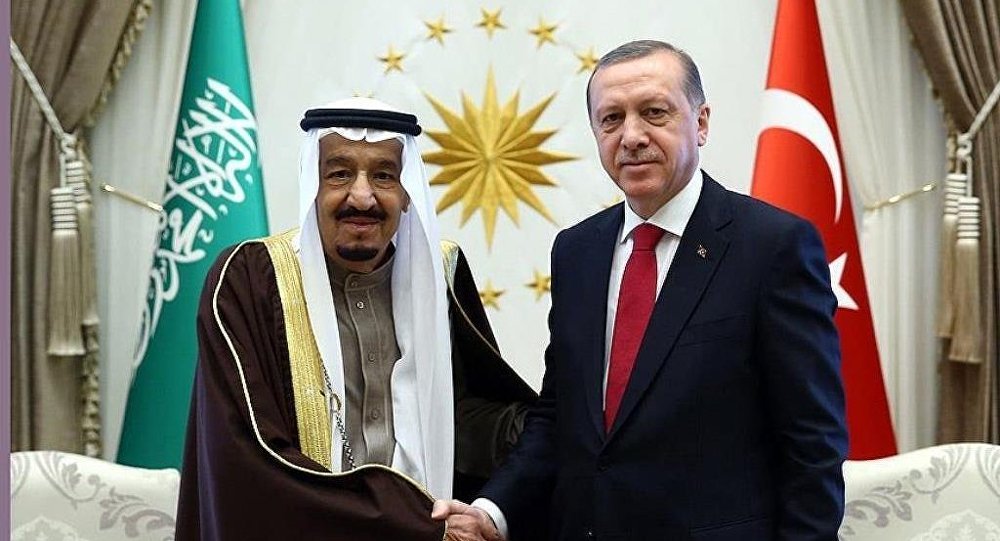 Turkish President Tayyip Erdogan spoke by telephone with Saudi Arabia's King Salman and its new crown prince and they agreed to increase efforts to end tension related to Qatar, sources from Erdogan's office said on Thursday.

Axar.az reports citing Reuters, Turkey has offered strong support to Qatar after Saudi Arabia, Egypt and several other states proclaimed it a supporter of terrorism and cut off all economic and diplomatic ties.

Erdogan spoke with the Saudi leaders on Wednesday evening and both sides stressed their determination to strengthen Turkish-Saudi ties, while Erdogan also congratulated Mohammed bin Salman on his promotion to crown prince, the sources said.

"Agreement was reached on increasing efforts towards ending tension in the region related to Qatar," the sources said in a statement.

They said Erdogan and King Salman also agreed to hold face-to-face talks at the G20 meeting in Hamburg next month.

King Salman made his son next in line to the throne on Wednesday, handing the 31-year-old sweeping powers as the kingdom seeks a radical overhaul of its oil-dependent economy and faces mounting tensions with regional rival Iran.