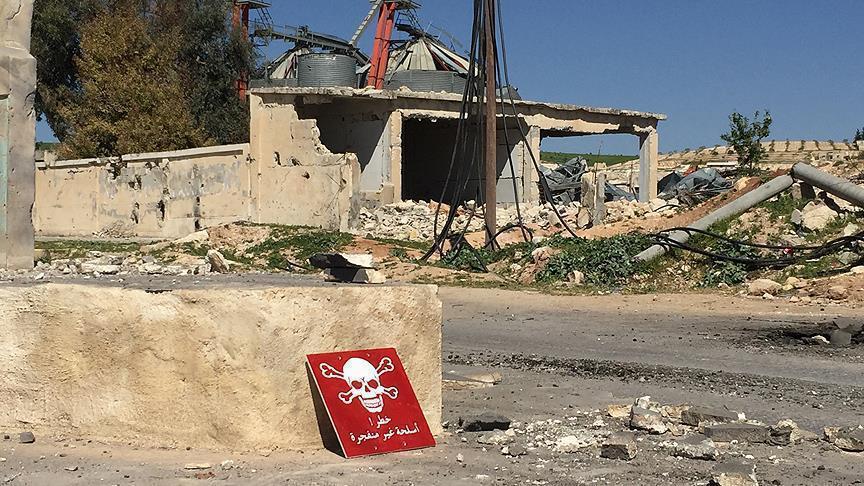 The American ambassador to the UN on Thursday announced the findings a major international probe and issued a statement that purports to show its vigorously anticipated conclusions before they are made public.

The key findings by the Organization for the Prohibition of Chemical Weapons (OPCW) is that sarin, or a sarin-like substance, was used in a deadly April 4 attack in northern Syria's Khan Shaykhoun, according to the U.S.'s UN mission. Nearly 100 people were killed in the attack.

The watchdog group’s conclusions were anticipated to be released Friday. The UN confirmed that the report had not yet been made public.

The U.S. has maintained that Syrian President Bashar al-Assad's forces launched a chemical attack on Khan Shaykhoun, and pointed to the use of sarin -- charges Assad denies.

Images of civilians, including children, appearing to be suffering from the effects of chemical weapons sparked international outrage and were cited by President Donald Trump to justify the launch of dozens of U.S. cruise missiles on a Syrian airbase.

UN Ambassador Nikki Haley said in a statement the report "confirms what we already knew: chemical weapons were used against the Syrian people.

“Now that we know the undeniable truth, we look forward to an independent investigation to confirm exactly who was responsible for these brutal attacks so we can find justice for the victims,” she added.

A State Department spokesman told Anadolu Agency there was nothing unusual about the U.S. releasing the information and said the U.S. was simply responding to information it had been presented privately by the organization.

The OPCW did not visit the Shayrat airbase where the U.S. says the attack was staged, nor did it visit the rebel-held northern Syrian town where the attack took place. That is likely due to security concerns in both cases.

Russia pushed on Wednesday to have an OPCW team sent to Khan Shaykhoun.

But a September 2016 air strike on a UN and Red Crescent aid convoy after it had been guaranteed safety by the U.S. and Russia has heightened fears among international agencies working in the war-torn country.

The U.S. and Russia blame each other for the attack.

The OPCW's mandate did not include apportioning blame for the attack on Khan Shaykhoun, and the U.S.'s UN mission said that task now falls to a joint UN-OPCW investigation.