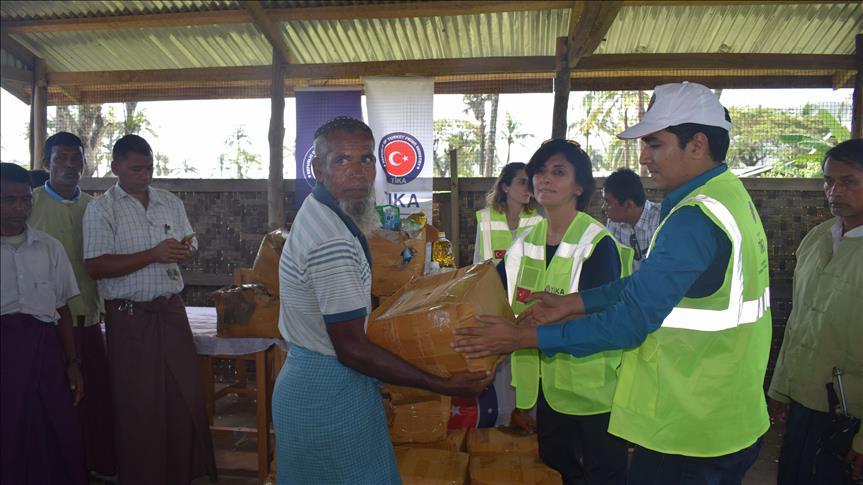 Turkey's state-run aid agency is continuing to deliver aid to Rohingya Muslims since the crisis began in Myanmar’s Rakhine state on Aug. 25, the organization said Monday.

Axar.az reports citing AA that on Nov.1, the Turkish Cooperation and Coordination Agency (TIKA) launched the second phase of its aid campaign in the region.

Many food packages were delivered to a village in Pauktaw township of Rakhine state, the agency said in a statement.

The population of the village increased from 5,000 to 6,000 and the people's needs also increased correspondingly, it said.

The villagers expressed their appreciation for Turkey's help, while Rakhine state officials, who provided logistical support for the delivery of aid to the region, said they would continue to provide logistical support to Turkey in future as well, the statement added.

Turkey has been at the forefront of providing aid to Rohingya refugees; President Recep Tayyip Erdogan has even raised the issue at the UN.

A year ago, following attacks on border posts in Rakhine's Maungdaw district, security forces launched a five-month crackdown in which, according to Rohingya groups, around 400 people were killed.

In a recent report, UN investigators said such violations may have constituted crimes against humanity.