US troops to remain in Syria after ISIS defeat 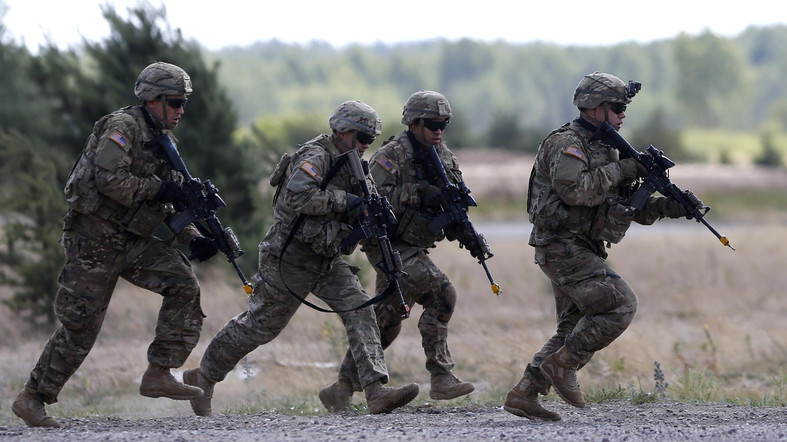 As Islamists continue to lose ground, the US administration fears that northern territories, where its troops have been training rebel forces, will fall to the Syrian government, the Washington Post said.

Axar.az reports citing sputniknews.com that the United States plans to keep military presence in Kurdish-dominated northern Syria after defeating Islamists to establish an independent governance, US officials told a local newspaper on Wednesday.

Speaking on condition of anonymity, US officials said that open-ended US presence would help stabilize communities under a local government, after US Defense Secretary James Mattis said last week they would not walk away until conditions were created for a diplomatic solution.

Rival Syrian forces are due to meet in Geneva on November 28 for the eighth round of UN-backed peace talks aimed at ending the six-year war in Syria. US troops have been assisting the Kurdish-led Syrian Democratic Forces based in the north.
Accordind to US-based media reports, Maj. Gen. James Jarrard, head of the US special operations task force against Daesh said during a video briefing from Baghdad in October that nearly 4,000 US forces were on the ground in Syria. However, Jarrard has instantly corrected himself, stating there were only 503 US service members in Syria.

Meantime, US Marine Corps Maj. Adrian Rankine-Galloway, public affairs officer at the Office for the Secretary of Defense has told sputnik that due to counting procedures, though, "some personnel are not counted in the Force Level Management number," including contractors, service members on temporary duty, personnel assigned to "DoD combat support agencies," and military personnel "supporting the other US agencies, or in certain sensitive missions."