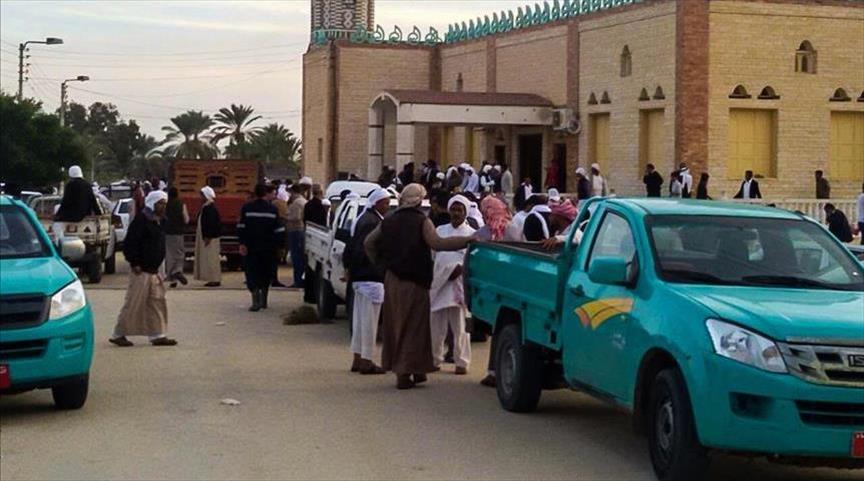 Dr. Essam Yousef, head of the Integrity Foundation for Humanitarian and Human Rights, has denounced the bombing of Al-Rawda Mosque in northern Sinai which killed more than 180 people and wounded dozens more.

Axar.az reports citing MEMO that, in a press release issued today, Yousef said: “We unequivocally condemn the crime that was committed against the people who were supposedly safe in one of God’s mosques.”

He stressed that “there is absolutely no justification for the crimes of rogue terrorists. This is a crime which no mind, law, religion or human being can accept and which foolish cowards committed against a peaceful Muslim people.”

“We stand with Egypt and its people against the crimes of these extremists,” he stressed, adding that this is a cowardly, foolish and treacherous action against Egypt, Arabism and Islam.

Yousef wished Egypt stability, security and safety, and that these acts of terror end.

One party benefits from such events, he explained, and wants confusion in the region to distract Egyptians and drain the army in Sinai.

“The crime of targeting Al-Rawda Mosque in Sinai is a cowardly act of terror that implies that these groups are linked with suspicious parties. The choice of place and time in carrying out this crime before the opening of the Rafah border crossing and after the end of the Cairo dialogues confirms these groups’ hostility against any Egyptian-Palestinian compromise and that they do not want Egypt to return to its leading Arab and international position.”

“This cowardly act will not discourage Egypt from playing its patriotic and national role, so that it can fight against the hands that mess with Egypt’s security and its citizens’ blood. Those worshipers’ blood would remain as stars that will illuminate the skies of Egypt and a curse on the face of these suspects and their agents.”