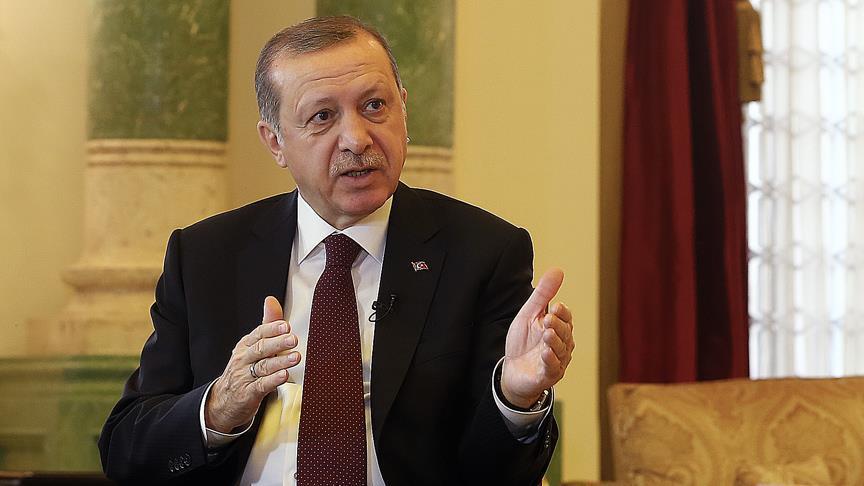 Turkish President Recep Tayyip Erdogan says his country opposes proposals of a partnership with the European Union, emphasizing that Turkey's full membership of the bloc is the only option.

Erdogan made the comments in an interview with Italy's Stampa newspaper before his departure for Rome on Sunday evening for a day-long visit where he is scheduled to meet his Italian counterpart Sergio Mattarella.

"The EU is blocking access to negotiations and suggests that lack of progress is because of us. It's unfair. Just like it is that other countries are pushing for options other than membership," he said.

The Turkish president urged the EU to "keep its promises" to Ankara and said, "We want full membership. Other options are not satisfactory."

During a joint press conference with his French counterpart Emmanuel Macron in Paris on January 5, Erdogan said he is “seriously tired” of waiting for the European Union to decide whether to accept his country as a member of the bloc.

“One cannot permanently implore and wait to be finally included,” he said, warning that frustration might tempt Turkey to turn its back on Europe.
The Turkish president also defended his country's recently-launched military operation in Syria’s northwestern region of Afrin.

"The Turkish armed forces are not in Afrin to fight armed Kurdish groups. We don't have problems with the Kurdish Syrians, we are only fighting terrorists, and we have the right to do it," Erdogan said.

The Turkish leader emphasized that Ankara was not seeking territorial gains.

Ankara has been pressing ahead with the so-called Olive Branch operation against militants from the Kurdish People’s Protection Units (YPG) in Afrin since January 20.

Ankara considers the US-backed YPG to be a terrorist group and an extension of the Kurdistan Workers’ Party (PKK), which is fighting for independence in Turkey’s largely Kurdish southeast since 1984.

The Turkish incursion in Afrin started after the United States said it sought to set up a thousand-strong force in Syria near the Turkish border comprising the so-called Syrian Democratic Forces (SDF), which is led by the YPG.

Syrian Foreign and Expatriates Ministry said on Thursday that Damascus has complained to the UN about Turkey's military campaign in Afrin, denouncing the operation as "an assault and occupation" of the Syrian territory.