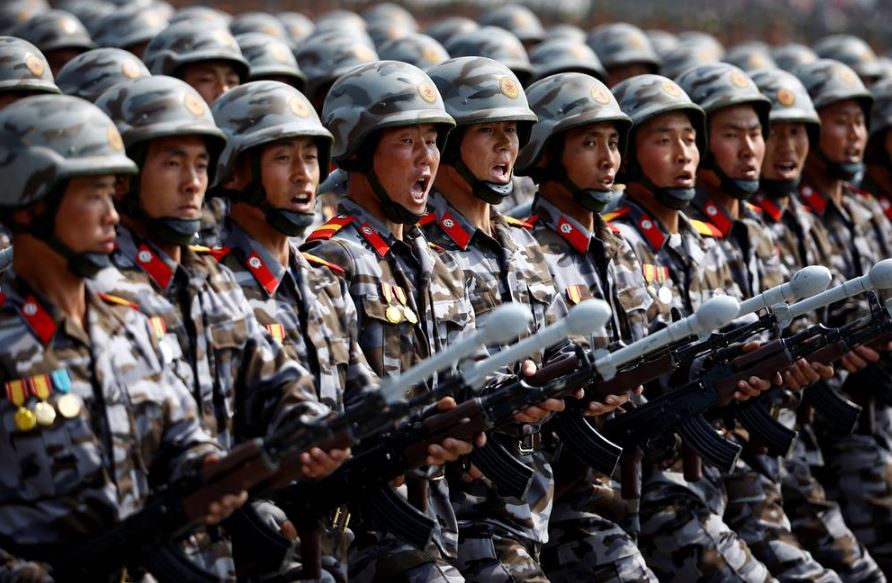 Hundreds of soldiers have been drafted in to guard Pyeongchang Olympic venues after 1,200 security staff were withdrawn over an outbreak of a severe stomach virus, organizers said on Tuesday.

Nine hundred military personnel were on duty after 41 security guards were hospitalized with norovirus following the sudden onset of vomiting and diarrhea on Sunday.

Officials said they were unaware of the source of the virus, which is highly contagious and can also be spread through food or water contamination.

The 41 who fell ill on Sunday were transferred to hospital and most were diagnosed with a norovirus infection.

"The 1,200-odd people were pulled out from their duties," an official of the Pyeongchang Olympic Organizing Committee told AFP.

"They were replaced by some 900 military soldiers."

The security guards, all employees of a security company, had been staying together at a youth training center in Pyeongchang, separate from the main Olympic sites.

"A whole campaign of information and leaflets will be distributed to all populations about what to do if you're coughing or if you have symptoms," he said.

"As soon as a case is reported then all the area gets disinfected."

"Very stringent measures are in place when it comes to food and beverage... and the whole chain of security, quality of the food, they are definitely respecting all international standards," he added.