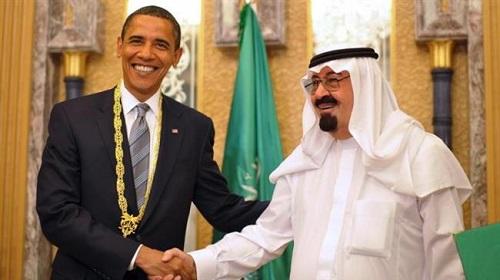 In the book, entitled “The World As It Is,” Rhodes explained that after landing in Saudi Arabia, the US officials were taken by golf carts to “identical housing units amid the rolling desert.”

“When I opened the door to my unit, I found a large suitcase,” he wrote. “Inside were jewels.”

Rhodes explained that he initially thought it was a bribe aimed at him because he was Obama’s speechwriter; but he later found that others in the delegation had received “suitcases full of jewels” as well.

Rhodes said in an email to The Guardian that they all gave the suitcases “to the state protocol office who handles gifts.”

“You have the option to buy the gifts, but given the price — I don’t remember what it was but it was tens of thousands, I believe — no one kept them that I recall,” he added.

Obama and his wife, Michelle, alongside their two daughters were also given almost 190,000 dollars’ worth of gifts by the then Saudi King Abdullah. Only a diamond and ruby jewelry set presented to Michelle Obama was valued at $132,000.

Obama, who was in Riyadh for the first time since taking office in January 2009, was due to deliver a speech on his next stop, in the Egyptian capital, Cairo.

The Cairo speech — drafted by Rhodes — primarily addressed the Muslim world. Obama said in the speech that the United States and Muslims across the globe shared common interests on security and a range of other issues.