Iraqi premier says there is 'no constitutional vacuum' 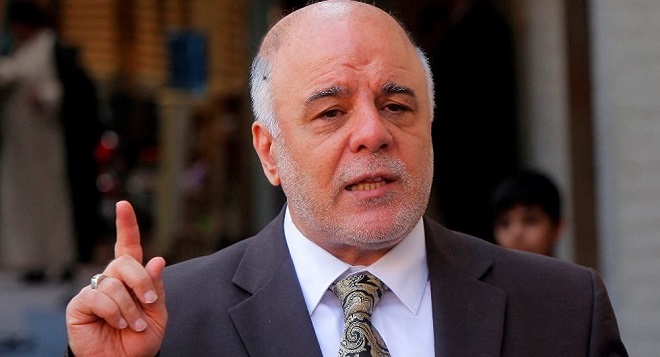 Prime Minister Haider al-Abadi said Wednesday the current government will keep functioning until the Supreme Court confirms the election result and denied the existence of a constitutional vacuum in the country.

Al-Abadi, who spoke at a news conference in Baghdad, said those who allegedly manipulated the country’s general election on May 12 would be brought to justice.

About Turkey’s cross-border military actions against the PKK terror group in northern Iraq, al-Abadi said Baghdad will not allow the PKK or any other armed groups to attack Turkey, and also will not allow any settlement outside the purview of Iraqi security forces.

Official results of Iraq’s May 12 election have been dogged by controversy and allegations of vote-rigging -- allegations dismissed by the leading coalitions.

Shortly afterward, a panel of judges was appointed to assume the responsibilities of the electoral commission, several members of which were sacked amid widespread allegations of electoral fraud.

Al-Sadr, an influential politician and Shia cleric, has said that parliament lacks the authority to overturn official election results.