FMs of CICA countries may meet 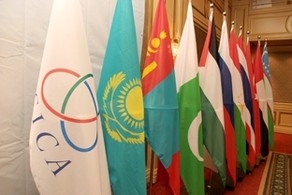 Informal meeting of foreign ministers of member states of the Conference on Interaction and Confidence Building Measures in Asia (CICA) could take place in 2017 at the UN General Assembly.

According to the Russian RIA Novosti, Director of the Department for Europe and Central Asia, Ministry of Foreign Affairs of China Gui Tsunyu said.

He also noted that at the moment, the process of consultation with the other members of the CICA regarding the holding of the next summit in 2018 is underway.

CICA has been created to strengthen the relationship and cooperation among Asian countries. The structure of the CICA comprises 26 States, 12 observers, including the UN, OSCE and League of Arab States (LAS).
Azerbaijan will be represented in the meeting by Deputy Foreign Minister Khalaf Khalafov.