Trump: Rex Tillerson is “dumb as a rock” 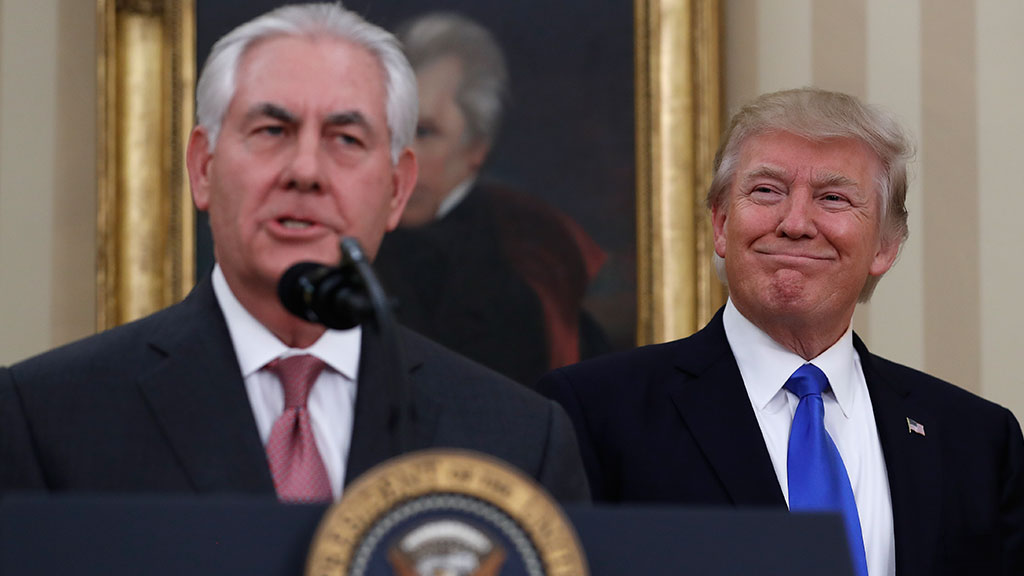 President Donald Trump lashed out at former Secretary of State Rex Tillerson on Friday, calling him “dumb as a rock” and “lazy as hell.”

The criticism, made in a tweet, was an apparent response to Tillerson’s comments a day earlier at a Houston fundraiser, where he described Trump as impulsive, ignorant of the law, and unwilling to read briefings prepared by his staff.

After praising current Secretary of State Mike Pompeo, Trump turned his ire onto Tillerson. “His predecessor, Rex Tillerson,” Trump wrote, “didn’t have the mental capacity needed. He was dumb as a rock and I couldn’t get rid of him fast enough. He was lazy as hell.”

On Thursday, Tillerson had described Trump as a boss “who is pretty undisciplined, doesn’t like to read, doesn’t read briefing reports, doesn’t like to get into the details of a lot of things, but rather just kinda says, ‘This is what I believe.’”

Tillerson said that Trump tries to “act on his instincts,” but Tillerson said he frequently had to explain to the president that his desired path of action “violates the law.”

The two haven’t had a smooth relationship. Tillerson, the former CEO of Exxon Mobil, had a brief honeymoon with Trump when he first joined the administration in February 2017, but then frequently disagreed with the president publicly on issues like the Paris climate change agreement, North Korea’s weapons program, and Saudi Arabian relations.

The president fired Tillerson in March, replacing him with former CIA Director Pompeo.