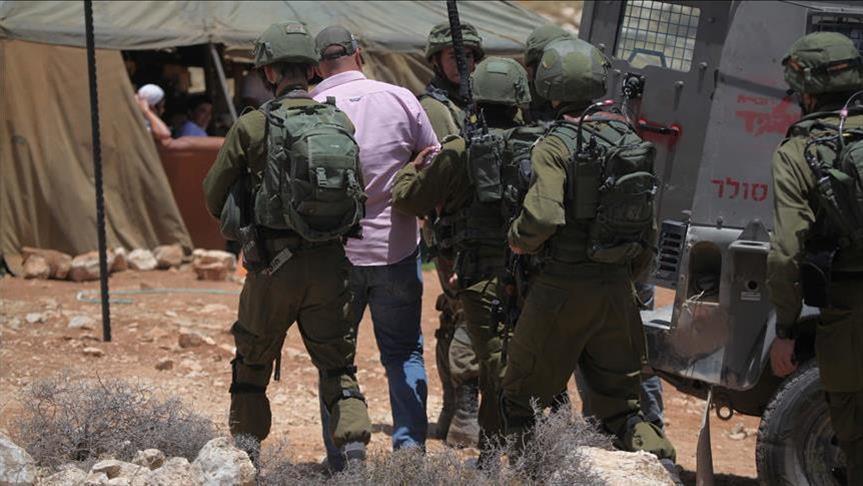 Israeli army forces on Monday rounded up 16 Palestinians in overnight raids carried out across the occupied West Bank.

The individuals were detained for “suspected involvement in popular terrorist activities”, the army said without elaborating on the nature of the activities.

They have since been remanded into custody for further investigation, according to the same statement.

Meanwhile, the Israeli army said it has launched a manhunt for perpetrators of a shooting attack near the Ofra settlement in the central West Bank late Sunday.

Six Israelis were injured in the attack.

The Israeli army frequently conducts sweeping arrest campaigns across the occupied West Bank on the pretext of searching for “wanted” Palestinians.

According to Palestinian figures, some 6,500 Palestinians are currently languishing in Israeli prisons, including scores of women, roughly 350 minors, and at least six members of the Palestinian Legislative Council (parliament).