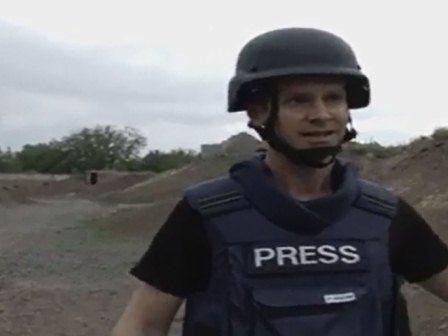 The BBC TV channel has prepared a program on the Armenian-Azerbaijani Nagorno-Karabakh conflict, which was filmed on the frontline.

The program says that Nagorno-Karabakh is an internationally recognized part of Azerbaijan, but this region is controlled by Armenian units, and that Armenian armed forces also control other Azerbaijani territories adjacent to Nagorno-Karabakh.

April 2016 saw the worst escalation of the Nagorno-Karabakh conflict since the mid-1990s, the BBC said.

During the trip to Azerbaijan's Aghdam district, BBC's journalist group visited a hospital just a few kilometers away from the contact line between Azerbaijani and Armenian troops.

The journalists met with the wounded, who are being treated in the hospital, relatives of the victims and the people whose homes were destroyed during Armenian attacks, the BBC reported.

Not only Azerbaijan, but also international community says that Azerbaijani territories, including the country's Nagorno-Karabakh region and seven adjacent districts were occupied, Hikmat Hajiyev, spokesman for the Azerbaijani Foreign Ministry, said.

Hajiyev added that the UN Security Council for that reason adopted four resolutions calling for immediate, unconditional and full withdrawal of Armenian armed forces from the all occupied territories of Azerbaijan, the BBC said.