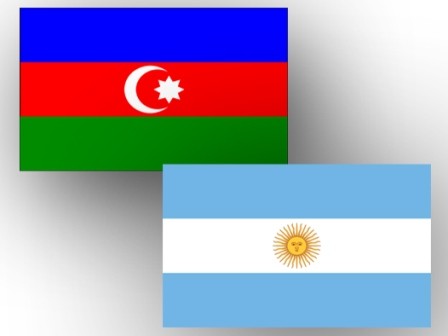 Azerbaijan and Argentina have explored ways of developing relations, including interparliamentary cooperation as Azerbaijan`s charge d`affaires to the country Rashad Aslanov met with provisional president of the Argentine Senate Federico Pinedo.

Mr. Aslanov highlighted the Armenian-Azerbaijani conflict, recent military provocation of Armenian armed forces along the line of contact and their attacks on civilians. He noted that Azerbaijan is interested in finding a peaceful solution to the dispute.

Mr. Pinedo hailed the relations between the two countries, and stressed the importance of developing parliamentary ties. He noted that Argentina supported peaceful resolution of the Armenian-Azerbaijani conflict.