Turkey should know that, we will get our lands back 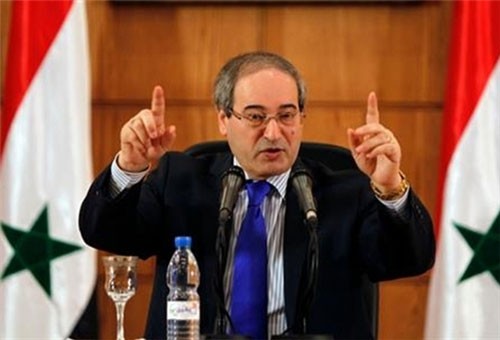 Turkey should know that the Syrian army will take back every inch of our land.

Axar.az reports that, Syria's Deputy Foreign Minister Faisal Mekdad stressed on Thursday that all Syrian areas will return under the government control.

Mekdad made the remarks to reporters at the Foreign Ministry, mentioning Idlib province, the last major rebel stronghold in Syria as well as Kurdish-controlled areas in the northeastern region.

"Idlib and northern, as well as northeastern Syria, are on the way of liberation. We are working in this direction and the military cases cannot be discussed now," he said.

Meanwhile, Mekdad urged the Kurdish groups to prioritize their loyalty to their homeland, not to their US backers.

"The Kurdish groups that have become a cheap tool in the hands of the US must understand that their loyalty should be kept for their homeland, not the enemy of this state. The primary loyalty must be for the unity of Syria and its people," he said.

He stressed that the Syrian government is determined to preserve the unity of Syria against all foreign schemes.

"The Syrian state is ready through its policies to preserve the unity of Syria and its people. Any other goal of other political groups or foreign-backed parties will not have any presence on the Syrian soil," the official remarked.

His remarks came at a time the Syrian army is sending reinforcement to the countryside of Idlib and the nearby rebel-held area in the Hama province as part of the preparations to a wide scale offensive to retrieve those areas.

Such a move came following months of violations to the de-militarized zones' deal that was established in Idlib and its surrounding by both Turkey and Russia.