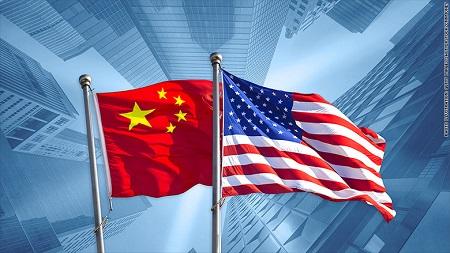 US President Donald Trump on Sunday dramatically increased pressure on China to reach a long-sought trade deal by announcing he will markedly increase US tariffs on certain Chinese goods.

Trump had previously delayed the tariff increases earlier in the year, citing productive talks with China.

Sunday’s announcement casts into doubt previous expectations that China and the United States were closing in on a deal to end a months-long trade war that has slowed global growth and disrupted markets.

Trump said on Twitter that tariffs will increase to 25% on Friday and that more Chinese goods will face additional tariffs.

“The Trade Deal with China continues, but too slowly, as they attempt to renegotiate. No!” Trump tweeted.

US-China trade talks are due to resume this week, with Chinese Vice Premier Liu He due to travel to Washington. That follows talks in April in Beijing that Treasury Secretary Steven Mnuchin called “productive.”

As recently as Friday, Trump said talks with China was going well.

Last week, industry sources said they believed the talks were in the endgame, and Mnuchin had said he hoped that the US negotiating team would soon be able to recommend a deal to Trump or tell him that one could not be reached.

The administration has been insisting on a mechanism to ensure that China follows through on any promises to purchase more American goods. Administration officials have said both sides are expected to launch new enforcement staffs to police the agreement.