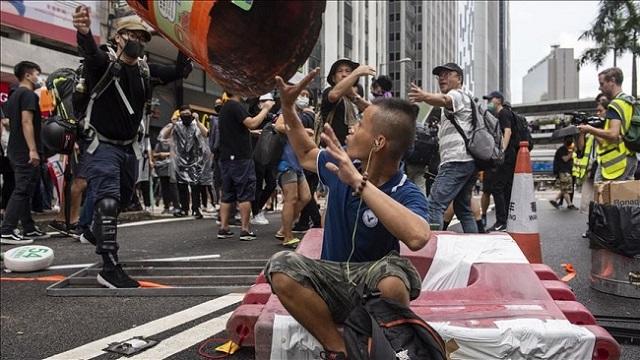 Axar.az reports citing AA that hundreds of students in Hong Kong on Monday boycotted their classes in protest against the local government’s reluctance to withdraw the proposed amendments to extradition bill.

Today is the first day of classes at schools and universities following the end of the two-month summer break.

"The school boycott, co-organized by localist party Demosisto, was part of a broader anti-government campaign triggered by the bill, which would have allowed the transfer of fugitives to jurisdictions with which Hong Kong lacks an extradition deal, including mainland China," South China Morning Post, a Hong Kong-based daily, reported.

However, an academic at a local college told Anadolu Agency that many of his students were attending the classes.

More protests are expected for the day at Edinburgh Place while the protesters on Sunday surrounded the airport and engaged in clashes with police.