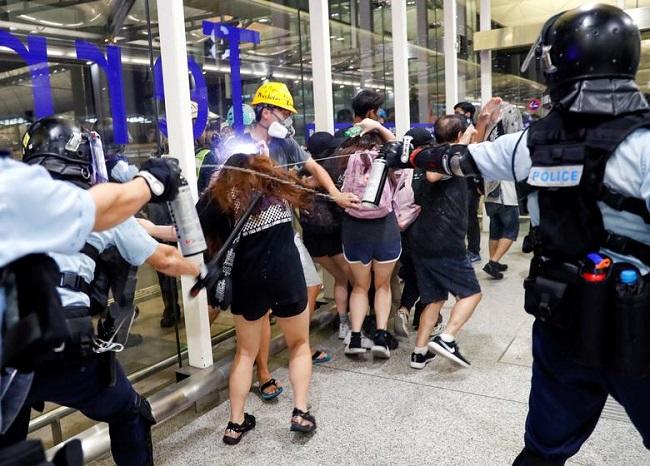 Tens of thousands of protesters marched through central Hong Kong on Sunday wearing face masks in defiance of colonial-era emergency powers which threaten them with a year in prison for hiding their faces.

Police fired tear gas in several places in the Asian financial hub but there was no obvious signs of violence, with protesters ignoring the gas, dousing the canisters with water or tossing them back at police.