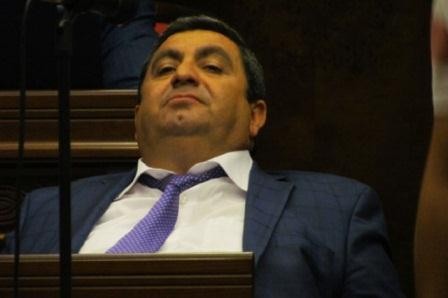 According to the information, he attempted to take out uranium with the cost of 200 million dollars and sell it in the capital of Georgia.

Last year Mihran Movsisyan came to media agenda with scandal in October. His bodyguard, Samvel Araqelyan was imprisoned for 14 years for killing other bodyguard, Artur Ayvazyan.

The newspaper contacted with Arakel Movsisyan regarding his cousin’s arrest. He told: `I know such kind of information. Currently the main thing is to protect our borders. I am in Karabakh`.

He stated: `I will do my best to set him free unless he did not commit treason`.