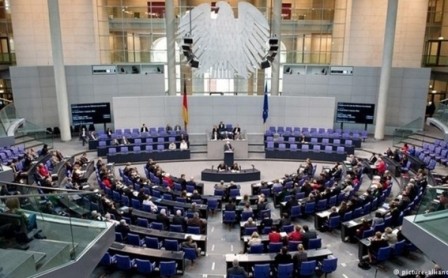 Put forward by the ruling left-right coalition and the opposition Greens, the resolution entitled “Remembrance and commemoration of the genocide of Armenians and other Christian minorities in 1915 and 1916” carries the contentious word throughout the text.

The vote on June 2 caused the tension to rise between Turkey and Germany, with the former’s Prime Minister Binali Yıldırım saying that the result of the voting would amount to a ”real test of the friendship” between Berlin and Ankara.

“Some nations that we consider friends, when they are experiencing trouble in domestic policy attempt to divert attention from it,” he said at a meeting of the ruling Justice and Development Party (AKP) on June 2. “This resolution is an example of that.”