When will domestic flights resume? - Official
﻿ 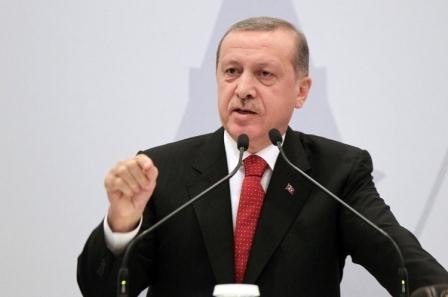 The Armenian issue is being used to blackmail Turkey around the world, Turkish president has said, Anadolu Agency reports.


"I know in my heart that the main point is not Armenians. They are just being manipulated. The Armenian issue is just blackmail against Turkey around the world," Erdogan said.


"I want to let the world know: like it or not, we will never accept the 'genocide' accusation," he added.


According to Turkish president, Turkey had nothing to be ashamed of in its history.

"I emphasize one more time. We have nothing in our past to be ashamed of, but those countries that often accuse Turkey of 'Armenian genocide' have the blood of millions of innocent victims."

Erdogan said Germany should be the last country to speak about the so called 'Armenian genocide'. "They [Germans] should firstly define the meaning of Holocaust again. They should review the Namibia Holocaust," he said.

Turkey denies the alleged Armenian “genocide”, but acknowledges that there were casualties on both sides during the events taking place during World War I.