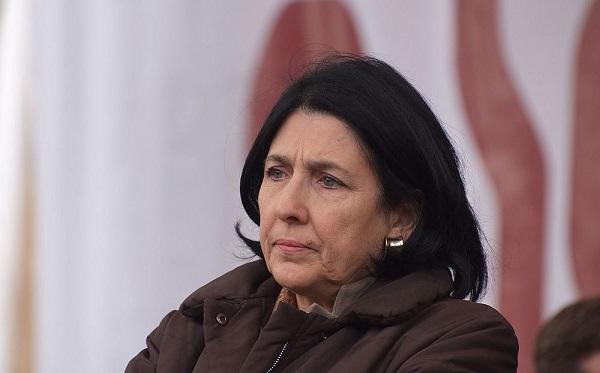 Georgian President Salome Zourabichvili expresses gratitude to the European Council President for his active involvement in the crisis overcoming process.

Axar.az reports that the President believes that the EU showed that Georgia’s democracy, stability, and development as never before are important for Europe by this move.

“A fruitful meeting took place with the European Council President Charles Michel. I would like to thank the President of the European Council for his active involvement, also welcome the constructive participation of the Prime Minister and representatives of the opposition forces. However, yesterday’s processes at the Orbeliani Palace were not well thought out.

The engagement of the EU's highest political figure in the Georgian crisis resolution demonstrates that Europe did not leave the country or the region. On the contrary, Georgia’s democracy, stability, and development are as important as never for Europe,” the President said in her statement.