PACE intending to resort to provocation against Turkey 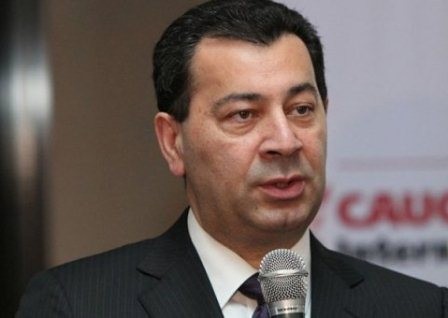 The Parliamentary Assembly of the Council of Europe (PACE) on Wednesday began discussions on Turkey as part of its summer session.

The discussions will be continued for the rest of the day and a report on Turkey will be adopted, APA reported.

The report, prepared by PACE Monitoring Committee co-rapporteurs for Turkey Ingebjørg Godskesen and Nataša Vuckovic, is considered to be the harshest since the country entered the PACE post-monitoring stage in 2004.

The report says that in the name of fighting terrorism the Turkish government grossly violates human rights as well as principles of democracy and legal state.

The document also makes a mention of the corruption scandal of 2013 and the government’s involvement in this issue.

The co-rapporteurs also stress that Turkey’s anti-terror operations against the PKK are non-proportional.

Though the report is quite critical, several parliamentarians put forward tougher additions to the document.

They offered to return Turkey from post-monitoring dialogue stage to monitoring stage.

Azerbaijani parliamentarians, who participated in the discussions, expressed support to Turkey.

Speaking to APA, Samad Seyidov, head of the Azerbaijani Delegation to PACE, noted that the Assembly is intending to resort a provocation against Turkey.

“The reason is that Turkey has been under post-monitoring dialogue with the Assembly since 2004. They want to return Turkey to the monitoring stage. The report lacks such proposals. It is unknown whether they will be able to achieve it or not. In any case, we are concerned over such a provocation against Turkey. The Azerbaijani delegation is doing everything possible to prevent it, but it is not so easy,” he added.