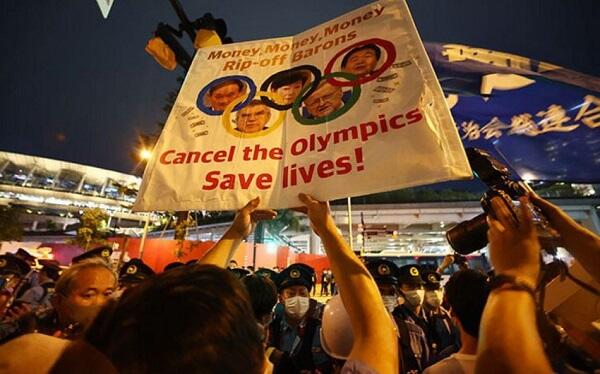 Residents of the Japanese capital, Tokyo, have expressed dissatisfaction with the hosting of the Olympic Games in the country.

Axar.az reports that residents are protesting in the tennis park. Protesters chanted "No to the Olympics." Police did not interfere in the protest.

According to the report, a meeting of Russian and German tennis players is being held in the park.

The Tokyo Olympics will end on August 8.