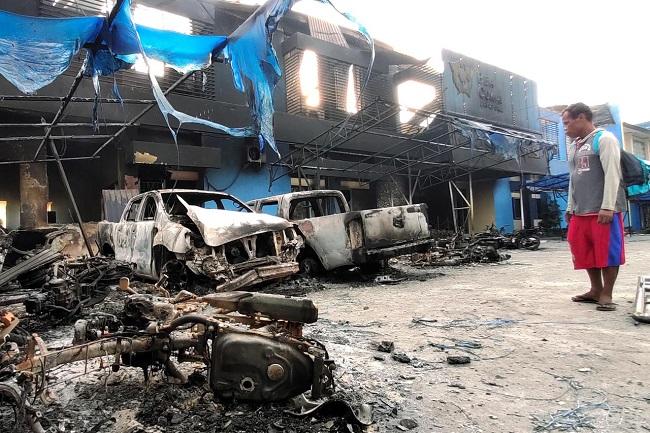 Myanmar security forces in a car rammed into an anti-coup protest on Sunday morning in Yangon, with at least half a dozen protesters arrested and dozens injured, according to two witnesses at the scene.

Axar.az reports that Anti-military protests are continuing despite the killing of more than 1,300 people since the Feb. 1 coup. The scattered protests are often small groups voicing opposition to the overthrow of an elected government led by Nobel laureate Aung San Suu Kyi and the return of military rule.