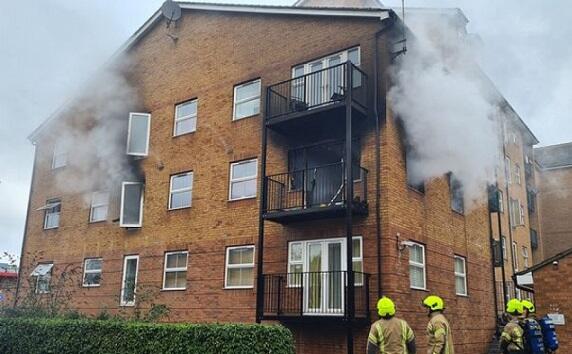 Axar.az reports that two people were injured in a fire caused by a gas explosion in an apartment in Redwood Grove.

One person, who wanted to escape from the fire, jumped from the second floor of the apartment.

The police and firefighters who were involved in the incident warned people to stay away from the area. The Fire and Rescue Service urged citizens to keep doors and windows closed.

Many buildings in the area, including a primary school, were evacuated.