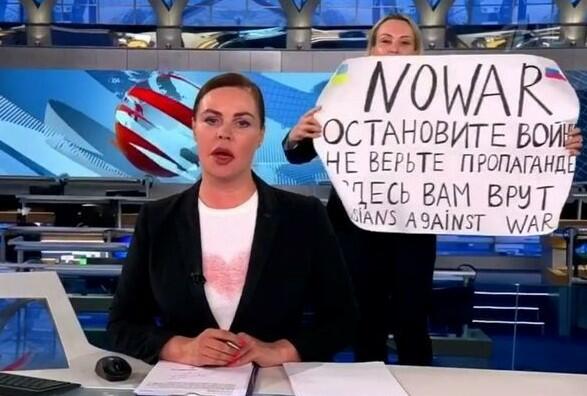 Editor Marina Ovsyannikova, who protested the war in Ukraine on the live broadcast of First Channel, faces up to 10 years in prison.

Axar.az reports that his lawyer Dmitri Zakhavatov informed about this.

According to information, the police searched Ovsyannikova's house.

A criminal case was initiated against the woman under the article of discrediting the Armed Forces of the Russian Federation.