Bagheri threatened: We will not tolerate border changes 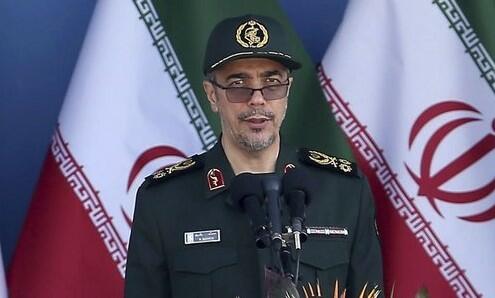 We advise Azerbaijan and Armenia to solve their problems through dialogue.

Axar.az reports that these words were said by the Chief of General Staff of the Iranian Armed Forces, General Mohammad Bagheri.

"We will not tolerate changing the border by force and war. We expect the countries of the Persian Gulf to be careful against the mischief of the Zionist regime. If we feel threatened, we will punish elements of the Zionist regime and their patrons," General Bagheri said.