The Russians fired at the maternity hospital: 1 person died 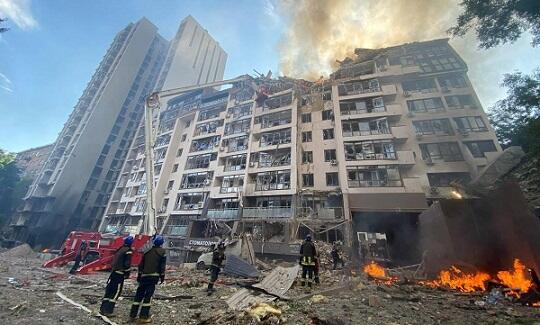 Tonight, the maternity ward of a local hospital in Volnyansk, Zaporizhzhia region, was fired upon by Russia. As a result, the baby died.

Axar.az reports that this was said by the head of Zaporizhzhia regional administration, Alexander Starukh.

"During the shooting, the woman and her newborn child, as well as the doctor, were in the maternity ward. The rescuers managed to get the doctor and the woman alive from under the rubble," he said.