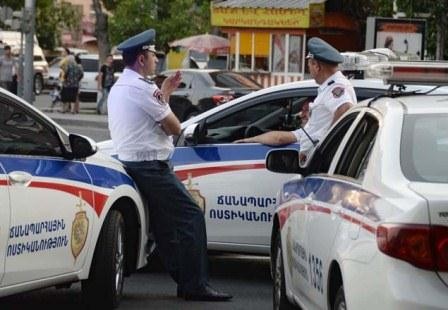 The court chose a measure of restraint in the form of two-month-arrest for two gunmen who seized a police station in Yerevan Gagik Yeghiazaryan and Aram Hakobyan, RIA Novosti agency reported July 30.

The armed group seized the headquarters of the police and interior troops in Erebuni, Yerevan, July 17, demanding the release of the participant of the Nagorno-Karabakh conflict, coordinator of the opposition Armenian civil initiative ‘Founding Parliament’ Zhirayr Sefilyan.

“The offenders are in the detention center of the Armenian National Security Service,” the lawyer of detainees said.

The lawyer added that Yeghiazaryan and Hakobyan have been charged under such articles as seizure of buildings and illegal acquisition, sale, storage, transportation or carrying of weapons, ammunition, explosives or explosive devices.

According to the message, the abovementioned articles of the Armenian Criminal Code envisage imprisonment from 6 years to 12 years and from 3 years to 8 years, respectively.