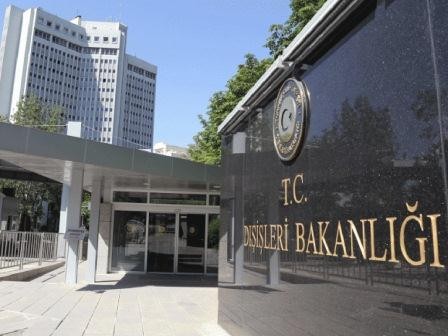 Currently, German Ambassador Martin Erdmann is not in Ankara.

Germany's highest court on July 31 upheld a ruling that banned Erdogan from addressing a rally via a video call to protest the July 15 coup attempt in Turkey.

The decision by the Federal Constitutional Court came after Cologne police prevented rally organizers from inviting the president to give a speech to thousands of supporters who attended Sunday's rally in Deutzer Werft.

Police said the measure was for "security reasons,” which was agreed upon by a local court.