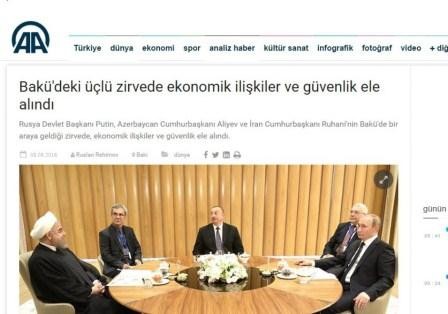 Turkish media have widely covered a Trilateral Summit of the heads of state of Azerbaijan, Iran and Russia that was held in Baku.

The reports provided a live coverage of the summit, stressing its importance in terms of expanding cooperation between the three countries in political, economic, energy, transport and other sectors.