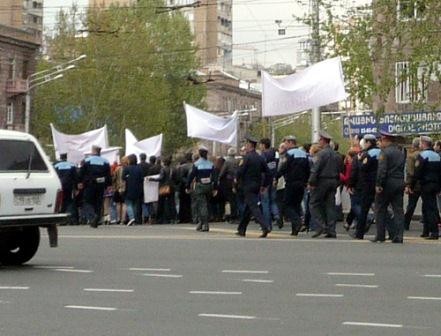 In Lori Province of Armenia, they asked Abrahamyan to help them receive their four-month wages from back in 2011. The prime minister, in turn, promised to discuss this matter with the provincial governor.

In 2011, Region Energy company was liquidated and put under the management of Vanadzor Khimprom chemical plant, which was also liquidated later.