Erdogan will ask Obama for extradition of Fethullah Gulen 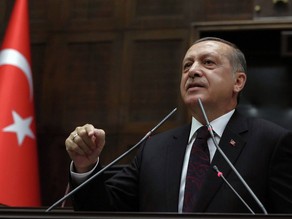 According to the Reuters, Turkish President's spokesperson Ibrahim Kalın said. On September 4-5, the "G-20" summit will be held in China. During the summit, President Barack Obama is expected to meet with Recep Tayyip Erdoğan.

Notably, on July 15 the coup was attempted in Turkey by Fethullah Gülen, head of the Gülenist Terrorist Organization (FETÖ). Currently, FETÖ leader is in the USA.