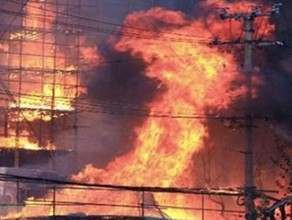 At least 23 people died, 9 injured when a fire broke out at a prison in the Ethiopian capital Addis Ababa.

According to the Agency France Press, the Ethiopian government stated.

According to the information, 21 inmates died during a stampede and from suffocation. Two others were killed while trying to escape.

Medical assistance provided to the injured people. The remaining inmates moved to other facilities.
The cause of the fire is unknown.