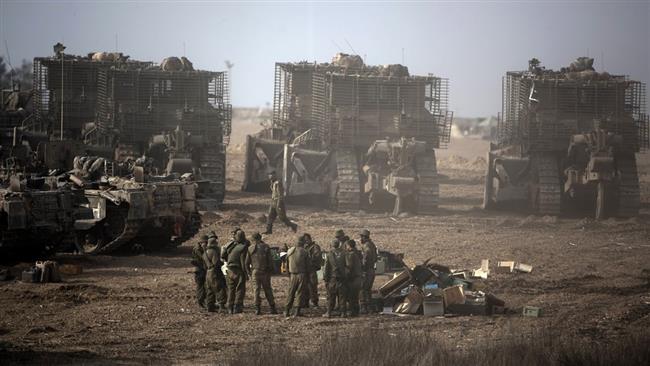 A fleet of Israeli bulldozers and military vehicles has crossed the border fence into the besieged Gaza Strip and flattened private Palestinian lands, as the Tel Aviv regime’s illegal construction activities continue in the occupied Palestinian territories.

Axar.az reports that, at least four Israeli armored Caterpillar D9 bulldozers, accompanied by a number of tanks, entered eastern part of the town of Fukhari in Gaza's southern governorate of Khan Yunis during the early hours of Sunday.

According to local sources, the invading convoy, dispatched from Israel's Sofa military post, advanced scores of meters into the Palestinian territory along the separation fence, relying on potential support from the artillery unit being on alert inside the base.

A number of Israeli surveillance aircraft were also reported to have flown at low altitude over the area while the bulldozers were busy leveling the lands. No gunfire or shelling was reported.

The Israeli regime has long been conducting daily incursions into Gaza and in the vicinity of the so-called buffer zone, which lies on both land and sea sides of the strip.