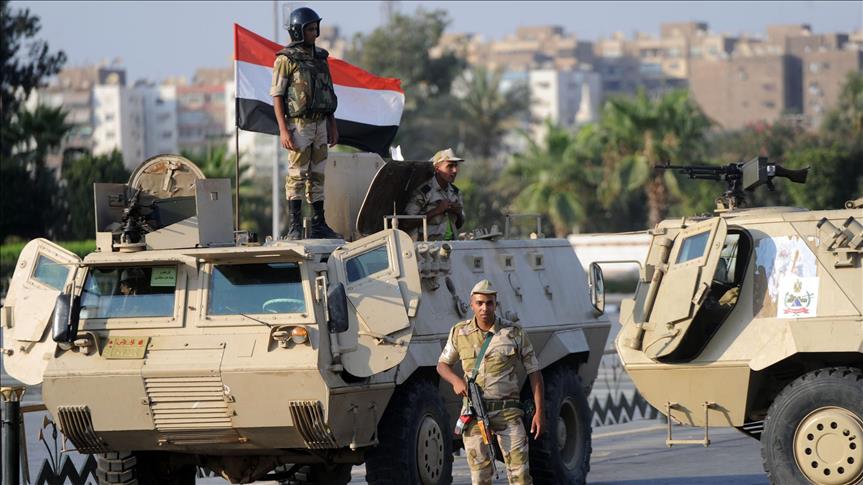 An army soldier and eight militants were killed in fresh violence in Egypt's restive Sinai Peninsula, according to a local source and military spokesman.

Gunmen opened fire on a military checkpoint on Monday in the North Sinai city of Sheikh Zuweid, killing a soldier, the source told Anadolu Agency, requesting anonymity due to restrictions on speaking to media.

According to the spokesman, 22 suspected militants were also rounded up in security operations in Rafah and Arish cities in northern Sinai.

The Sinai Peninsula has seen an uptick in violence in recent days.

Last week, ten security personnel were killed in northern Sinai, which has remained the epicenter of a deadly militant insurgency since 2013, when Mohamed Morsi, Egypt’s first freely-elected president, was ousted in a military coup.

Egypt’s army-backed authorities say they are battling the Welayat Sinai ("Province of Sinai") group, which is said to have links with the Daesh terrorist group.